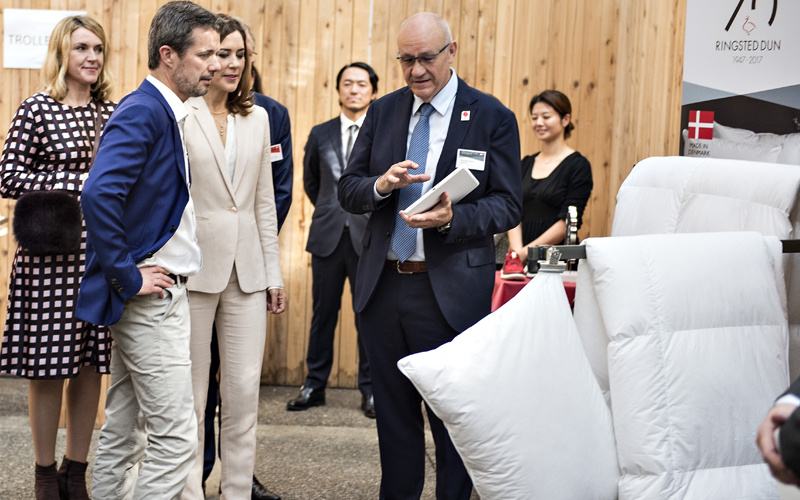 DYKON celebrates the 150th anniversary of trade with Japan

DYKON A/S has just participated in the extensive business campaign in Japan with the brand Ringsted Dun. Ringsted Dun has been known in Japan for about 40 years and Japan continues to be one of the main export markets on which the company focus upon.

As representative of Ringsted Dun, Peter attended several business events in Tokyo. For instance, he presented Ringsted Dun and the research in DYKON’s sleep lab at the conference in one of Tokyo’s greatest hotels, Hotel Gajoen. Here, he attended a panel discussion about the Power of Design along with several prominent Danish business personalities. They discussed how products and companies can benefit from design and create a stronger image and increase success on the Japanese market. The delegation ended the day with a VIP event at the Danish embassy.

The year 2017 has entailed several celebrations at Ringsted Dun. Especially the 70th anniversary of the brand has been celebrated across Denmark throughout the year. Japan is one of DYKON’s focus markets and it did not require much consideration, when DYKON got the opportunity to take part in the events of the 150th anniversary of the diplomatic and commercial ties between the two countries.